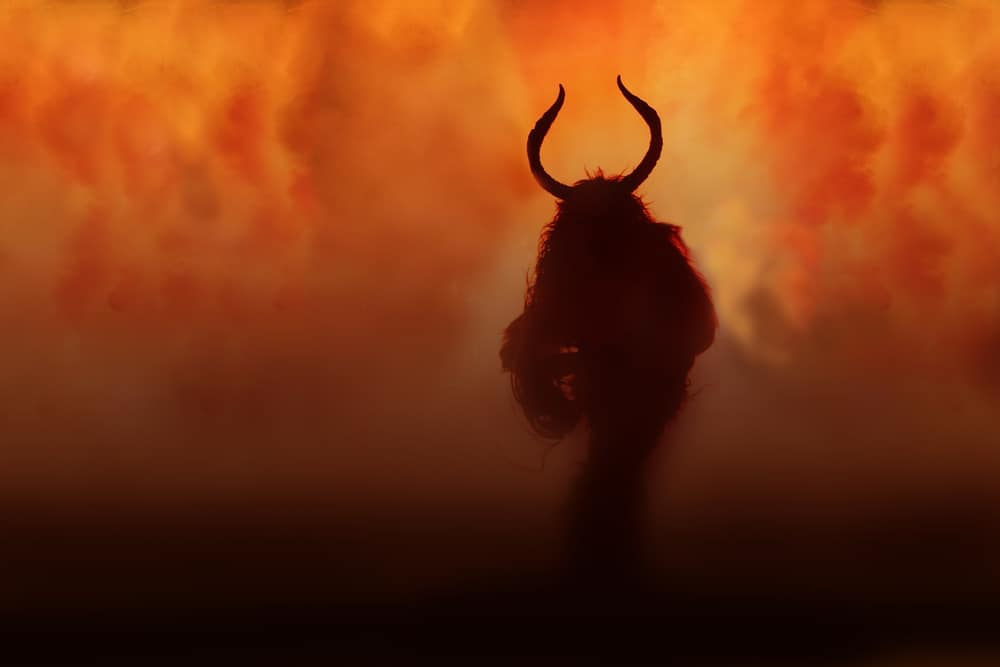 Today we are doing an Isolated study on the term “Demons”. Demons can be many different things, not just Spiritual. We see in the Old Testament demons being driven out from the land (false gods and worshippers of those gods) to fake or non-existent spiritual deities.

(You may be asking, “What is an isolated Study?” An Isolated study is when you isolate a word in the scriptures to see how the word is used throughout the document.)

Daimonion- devil, god
—Root Word- Daimon- a god, goddess. An inferior deity whether good or bad. In the NT an evil spirit.
Diety- divine status, quality, nature
Divine- excellent, delightful. from or like a god.
Beelzeboul- G954- Beelzebub- lord of the house, a name of a type of satan, the prince of evil spirits
Aramaic origin- a parody on- Baal-zebub which means the lord of the fly. A philistine deity worshipped at Ekron
Root words
–Baal- H1168
—zebuwb- H2070
*****Deeper on Baal
H1167- ba’al
Root of Ba’al is ba’al (same spelling, different pronunciation)

Demons In The NT Scriptures

So what exactly is being cast out? Entity? Manifestation? Presence? Mindset?

Beelzebub is the “ruler” of demons but he is fake. A made-up God that the people worshipped. Can there be other “eternal” spiritual entities, as in less powerful gods? The Word clearly states that God is the ONLY God, not the most powerful of many gods.

Mindsets, transformation, releases, chains falling (bondages) is a sign that the kingdom is present.

Do demons need a body to speak? Can they manifest without a human?

We know they actually said this, but this is an impossibility. Humans do not have the power to make up spiritual entities that can possess. We also know that dead people do not turn into angels or demons.

This story is also portrayed in history as people’s minds becoming awakened. They once were worshipping to false gods and as they were ministered to and prayed for they would say ” you are the Son of God”…not some exorcism.

A “legion” was a grouping in the Roman army. So referencing that he is dealing with a LOT of things was related to this because everyone knew the term.

The very important point to note is that when the “demons” left, what they noticed was that he was in the “right mind”. Can the term demons be used for anything that takes away your right mind or identity?

We have the power over everything that deters our identity through JESUS.

I find it fascinating that after the Gospels and the Cross the ONLY time demons are mentioned is referring to false and fake gods, except maybe James (unverified).

The cup of false gods and idols. There is only one God…Jesus.

What they were believing at the end of the age was not the Gospel of Jesus…as we see what was taking place all throughout the New Testament Epistles.

A play on words to false gods are weak compared to Jesus.

These are false gods and idols.

Notice that demoniacs are lumped in with other physical ailments. Mental disease?

He truly raised himself up, not, as certain unbelievers [i.e., the gnostics] maintain, that he only seemed to suffer, as they themselves only seem to exist [or, seem to be Christians]. And as they believe, so shall it happen to them, when they shall be divested of their bodies and be mere evil spirits.

For the restraint which human laws could not make happen, the Word, inasmuch as he is divine, would have effected, had not the wicked demons—taking as their ally the lust of wickedness which is in every man and which leads in various ways to many types of vices—scattered many false and profane accusations, none of which attach to us.

Let necromancy, the divinations you practice by immaculate children, the evoking of departed human souls, and those who are called among the magi, Dream-senders and Assistant-spirits … persuade you that even after death souls are in a state of sensation. Also, [be persuaded by] those who are seized and cast about by the spirits of the dead, whom all call dÊmoniacs or madmen, as well as those you repute as oracles

You [Jews] hesitate to confess that he is Christ, as the Scriptures and the events witnessed and done in his name prove, perhaps for this reason: that you may be persecuted by the rulers, who, under the influence of the wicked and deceitful spirit, the serpent, will not stop putting to death and persecuting those who confess the name of Christ until [Christ] comes again and destroys them all and gives each what they deserve.

[Some gnostics] undertake to bring up from Hades the souls of the prophets themselves. I suppose that they can do so under cover of a lying wonder. For, indeed, it was no less than this that was permitted in ancient times to the pythonic [ventriloquist] spirit. It was allowed to represent the soul of Samuel when Saul consulted the dead after [leaving] God. God forbid, however, that we should suppose that the soul of any saint, much less of a prophet, can be dragged out of [Hades] by a demon.

We know that “Satan himself is transformed into an angel of light”; how much easier a man of light! … [Satan] hardly hesitated on the before-mentioned occasion to affirm himself to be a prophet of God, especially to Saul, in whom he was then actually dwelling.

You must not imagine that he who produced the phantom was one, and he who consulted it was another. It was one and the same spirit both in the sorceress and in the apostate. It easily pretended an appearance of that which it had already prepared them to believe as real.

When Almighty God, to beautify the nature of the world, willed that that earth should be visited by angels, when they were sent down they despised His laws. Such was the beauty of women, that it turned them aside. Then, being contaminated, they could not return to heaven.†Rebels from God, they uttered words against Him.†Then the Highest uttered His judgment against them, and from their seed giants are said to have been born.† They made arts known in the earth, and they taught the dyeing of wool and everything which is done. To them, when they died, men erected images. But the Almighty did not allow them to be brought back from death after they died because they were of an evil seed.†As a result they now wander and fight for control of people’s bodies. It is the likes of these that you [Romans] now worship and pray to as gods.

Thus it has pleased the Lord of lords Himself in the heavens, that demons should wander in the world for our discipline. And yet, on the other hand, he has sent out His mandates, that they who forsake their altars [i.e., the altars of idols, which are demons] shall become inhabitants of heaven.

Have questions? Email us at info@soh.church

Johnny is the senior leader of the Sound of Heaven Church alongside his wife Rachel. Together, they have 5 beautiful children. Johnny has a passion for the Word of God and unleashing it to this generation. Johnny has a unique style of teaching, training and discipling men and women but the fruit is undeniable. He is an Evangelist at heart and is always encouraging people to seek and spread the Word of God.