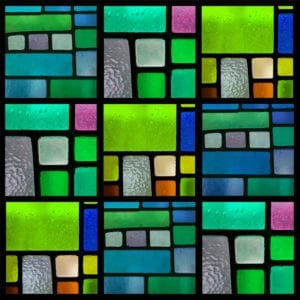 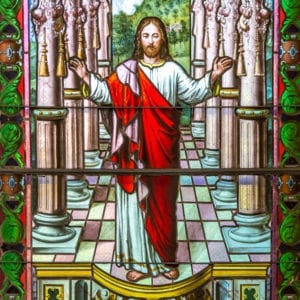 Our traditions bring us together. Humanity enjoys the predictability of customs and beliefs that have been passed down from generation to generation.  This study of John 9 is not to say traditions are bad. There are, however, times where these man-made observances can hinder our ability to walk in line with God. This is especially the case with religion because all too often, we identify God by our traditions. In reality, He is far bigger than our denomination or calendar of holidays. If we are not careful, it is easy to miss a new thing that God is doing for the sake of keeping traditions that make us comfortable.

A Generation Stuck in Tradition

Jesus encountered a generation of people that were so deeply rooted in their religious tradition that some completely missed out on His true identity as the Messiah. The Pharisees had instituted a system of 613 laws. This enormous set of rules served to uphold a false standard of righteousness. It was an environment where people had become more accountable to man than they were to God. When Jesus’ ministry began, the Pharisees were a cold, calloused and judgmental bunch. They hated when Jesus fellowshipped with “ sinners” and were outraged at His claims of being the Son of God. Jesus referred to them as “hypocrites”. Why? Because as they were ruling over people with demands for godly righteousness, they were missing the Messiah Himself right before there eyes. Jesus even went as far as to say the them that they are..

“invalidating the word of God by your tradition which you have handed down; and you do many things such as that.” Mark 7:13

The power of God cannot be destroyed by man, but what Jesus means here is that their man-made traditions were a stumbling block to them recognizing that the Kingdom was “in their midst.” (Luke 17:21)

We find a great example of this in John 9. Jesus heals a man, who had been blind from birth, in a most “untraditional” way. He spits on the ground and takes the mud produced from the dirt and saliva and rubs it into the mans eyes. Could you imagine the reaction of anyone who saw this?

“While I am in the world, I am the light of the world.” After saying this, he spit on the ground, made some mud with the saliva, and put it on the man’s eyes. 7 “Go,” he told him, “wash in the Pool of Siloam” (this word means “Sent”). So the man went and washed, and came home seeing. John 9:5,6

The man is healed and instead of celebrating, the Pharisees were enraged and brought him and his family before them to be questioned. They identify very quickly as to why they are angered and make a judgement upon Jesus because the miracle He had performed was “unacceptable” when considering their tradition. They said:

“This man is not from God, because He does not keep the Sabbath.” John 9:13

It was a commandment in the old covenant that the Sabbath was to be kept as holy. Sabbath comes from the Hebrew word for “rest”. Just as God rested on the 7th day, observing this meant a day of no work. The Pharisees apparently looked upon healing the blind as equivalent to work. Their tradition blocked them from experiencing the supernatural. Restoring sight to the person blind from birth was especially monumental at this time because it had NEVER happened before. We know this because of verse 32, where the once blind man says

“Since the beginning of time it has never been heard that anyone opened the eyes of a person born blind. If this man were not from God, He could do nothing.” John 9:32,33

So let’s recap this. Jesus performs a miracle that the world has never seen before and the religious leaders miss it completely because they decide He violated their tradition of not working on the Sabbath. When the man didn’t see it as they did, they eventually get angry and now throw this man out. Putting religious, man made, traditions over God will most certainly nullify your ability to experience His power. It equates to placing God in a box. Every time man has attempted to do this, it has resulted in a period of spiritual blindness.

Here are some related Scriptures

The religious leaders were the ones who were blind to what God was doing. It was a problem then and unfortunately remains a problem wherever religious circles exist today. Jesus makes several references to this type of blindness in the new testament.

He asks His disciples: “Do you have eyes but fail to see, and ears but fail to hear?” Matt 8:18 (Jesus knew they had physical eyes and ears)

He is speaking directly to the state of religiosity surrounding the Jews of the 1st Century.

Notice that Jesus says “They close their eyes”. This is proof that Spiritual blindness is a choice. The bible says that the proof of God has been available for human understanding from Day 1.

For since the creation of the world God’s invisible qualities–his eternal power and divine nature–have been clearly seen, being understood from what has been made, so that people are without excuse. Romans 1:20

Refusing to acknowledge God is a sin.  Jesus affirms the Pharisees guilt of this through their decision to be blind to God’s will.

Jesus says: “For judgment I have come into this world, so that the blind will see and those who see will become blind.”Some Pharisees who were with him heard him say this and asked, “What? Are we blind too?” Jesus said, “If you were blind, you would not be guilty of sin; but now that you claim you can see, your guilt remains. John 9:34-41

God did a new thing and the religious folks missed it. Does He still do new things today? You bet. He is the same yesterday, today, and forever.  His Truths remain but with every generation He makes all things new. Therefore, even today, God wants to present His greatness in a new way that is relevant to that time period. This is done through the church. Don’t allow yourself to get so wrapped up in religious tradition that you decide to be blind to the miracles that are on display right before your eyes on a daily basis. Jesus opened the eyes of men and women physically and spiritually. After well over a millennium of spiritual blindness due to religion, Martin Luther sparked an awakening in which a large number of the church once again embraced the grace of God over the works of man. Many more revivals of spiritual awakening have helped to lay the ground work for this very moment. At Sound of Heaven, we believe that God is continuing to open the eyes of those who are willing to see Him.

Be Open to the New!

Don’t be blinded by the comforts of your traditions. I encourage you to seek God like never before. Challenge the way you view your traditions. It is possible to separate God from religion. He did it Himself by becoming a man, in Jesus, and challenging the religious system. That may sound radical and it is. The truth is radical. Seeing the Kingdom of God with your own eyes is radical. Its radical because our mind and emotions want to put everything in a box. Open that religious box, take off the blindfold, and let your perception of God out of it. He won’t disappoint you. Read the full account of John 9 here