Your Struggle Has a Purpose by Mitul Patel 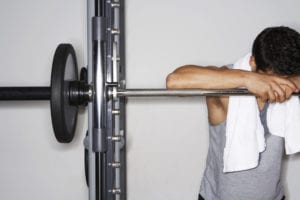 Tweet
Share
Pin
The following is a great article submission by Mitul Patel, member at Sound of Heaven Church

Your Struggle Has a Purpose

Almost every story in the Bible has a central theme of struggle. This isn’t the only theme they share though, they also share a common resolution. That resolution is that their struggle was used for the glory of God. Each struggle has a purpose. I’m not saying that we’ll be able to treat each struggle with a smile on our face right away, but it will give us an opportunity to appreciate the struggle at some point, just as those who have come before us have.
John 4

14The woman said to Him, “Sir, give me this water, so I will not be thirsty nor come all the way here to draw.” 16He said to her, “Go, call your husband and come here.” 17The woman answered and said, “I have no husband.” Jesus said to her, “You have correctly said, ‘I have no husband’; 18for you have had five husbands, and the one whom you now have is not your husband; this you have said truly.” 19The woman said to Him, “Sir, I perceive that You are a prophet.

28After this, Jesus, knowing that all things had already been accomplished, to fulfill the Scripture, said, “I am thirsty.” 29A jar full of sour wine was standing there; so they put a sponge full of the sour wine upon a branch of hyssop and brought it up to His mouth. 30Therefore when Jesus had received the sour wine, He said, “It is finished!” And He bowed His head and gave up His spirit.

Strength being from your greatest sorrow

– The strongest people are born from the greatest sorrows & struggles. – Someone who is spoiled, like a child, at birth throughout his years in high school, usually they’re the most entitled. They’ve never gone through a struggle, they’re not strong. Their strength is a facade, masked by their privilege. – You can meet someone who has gone through it all, the whole 9, a rough childhood, a financially tight upbringing, a college dropout, a high school dropout, aren’t these the stories of millionaires and world-changers? – Jesus went through the GREATEST sorrow, he gave up his life for us, he became our greatest strength. – While being crucified and punished, he asked on behalf of the people who were causing his sorrow to be forgiven, “Father, forgive them for they do not know what they do”. – Genesis 35:18, Rachel naming her child Ben-Oni (Ben meaning son, Oni meaning either sorrow or strength, two seemingly dissimilar things but are they really?) Mark 2:1-12

1When He had come back to Capernaum several days afterward, it was heard that He was at home. 2And many were gathered together, so that there was no longer room, not even near the door; and He was speaking the word to them. 3And they came, bringing to Him a paralytic, carried by four men. 4Being unable to get to Him because of the crowd, they removed the roof above Him; and when they had dug an opening, they let down the pallet on which the paralytic was lying. 5And Jesus seeing their faith said to the paralytic, “Son, your sins are forgiven.” 6But some of the scribes were sitting there and reasoning in their hearts, 7″Why does this man speak that way? He is blaspheming; who can forgive sins but God alone?” 8Immediately Jesus, aware in His spirit that they were reasoning that way within themselves, said to them, “Why are you reasoning about these things in your hearts? 9Which is easier, to say to the paralytic, ‘Your sins are forgiven’; or to say, ‘Get up, and pick up your pallet and walk’?10But so that you may know that the Son of Man has authority on earth to forgive sins”-He said to the paralytic, 11″I say to you, get up, pick up your pallet and go home.” 12And he got up and immediately picked up the pallet and went out in the sight of everyone, so that they were all amazed and were glorifying God, saying, “We have never seen anything like this.”

– This man was struggling. He was paralyzed and knew of Jesus and his healing ability. His four friends carried him on a stretcher and brought him to the place Jesus was teaching. They couldn’t find a way in, not even through the door. They had no room to get even close to him. – His friends would not give up so they went up to the roof, dug out tiles, and dropped the paralytic on the stretcher down to the room. – Jesus seeing their faith, Jesus forgave the man’s sins. – Seeing the doubt in the people, the critics, he then healed the man of his paralysis. After healing the man he declared him to walk  and head home. – Sometimes it’s not your motivators (his friends) that can get you through the struggle, sometimes your critics (haters, the scribes and pharisees in this case) are the one’s that push you through it. Like the saying goes, haters can be your motivators. – The man walked out with his stretcher. The struggle that was holding this man down, was now the struggle he was walking out healed and holding it up for the Glory of God.